Gilly Macmillan is the internationally bestselling author of five novels including WHAT SHE KNEW, THE PERFECT GIRL, ODD CHILD OUT, I KNOW YOU KNOW and THE NANNY.

A former art historian and photographer, Gilly studied at Bristol University and the Courtauld Institute of Art in London. She lives in Bristol, UK, with her husband and three children.

Her first novel, WHAT SHE KNEW, was a Target pick, a LibraryReads pick, an Indie Next pick, an Edgar award nominee, and an International Thriller Writers award finalist.

Gilly’s novels have appeared on the New York Times, Sunday Times, Globe & Mail and Der Spiegel bestseller lists, been translated into over 20 languages and sold over one million copies worldwide. She’s been described as ‘one heck of a good writer’ (Wall Street Journal) and her novels have been praised as ‘nuanced, completely addictive’ (People), ‘riveting’ (Publishers Weekly), and ‘visceral, emotionally charged…heart-wrenchingly well told’ (The Daily Mail).

She is currently working on her sixth novel. 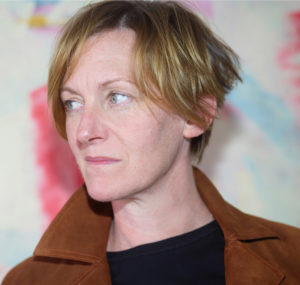